Teddington is an area in the borough of Richmond-upon-Thames which is located in the popular suburban area of South West London.  Teddington sits between Hampton Wick and Twickenham.  The area stretches from the River Thames towards Bushy Park.

Sanctuary Kitchens and Bathrooms recently completed two bathroom refurbishment projects within the same property in a stunning townhouse overlooking Bushy Park in Teddington.  The first room incorporated a large walk-in shower area with low level shower tray recessed into the floor to provide level access.  This was sited opposite a large wall hung basin and wall hung pan which were balanced with a large mirrored cabinet above to provide ample storage.

The colour scheme included a soft slightly textured porcelain tile with peach undertones which worked well with the dark wenge vanity unit.  A surprise addition to the overall scheme was with thanks to one of our installers, Robert, whilst at first fix stage.  On removal of all the original fittings a large cavity was uncovered under the dormer window, Robert immediately suggested the area incorporated a window seat, the client loved this idea as this was the main room she would go to listen to the cricket being played in Teddington cricket ground and so we went ahead to construct this for her.  This enabled soft furnishings to be produced to complement the bathrooms new scheme.

The second project in the same property was an equal success featuring a bespoke wet room area where a previous large plastic overpowering cabinet shower was originally positioned.  The bathroom’s new design was particularly contemporary with matt porcelain tiles set off with glass decorative tiles within each recess.  A warm dark oak vanity top added depth to the scheme and tied the decorative glass into the scheme of the room.  This type of wet area illustrates how wet rooms can successfully built into a room’s design.

The majority of Teddington is residential but is divided by a long run of shops and offices running from the River Thames through to Bushy Park. Teddington is known as a leafy London suburb.

Teddington is thought to dates back to Saxon times, the area was listed under Hampton within the Domesday book.  Teddington had a population of 100-200 people by the 14th century with most of the land being owned by the abbot of Westminster.  Teddington’s close proximity to the Hampton Court Palace and its royalty allowed Teddington to enjoy a successful growth to a population of around by 1800.

The railway construction in 1863 provided easy travel routes to Twickenham, Richmond, Kingston and London which created a population boom which meant many roads and houses were built which formed many of the Victorian and Edwardian properties which can be seen on Teddington’s streets today.

If you are looking for a new bathroom in Teddington, contact us today on 01932 255465 to book an appointment with one of our designers. 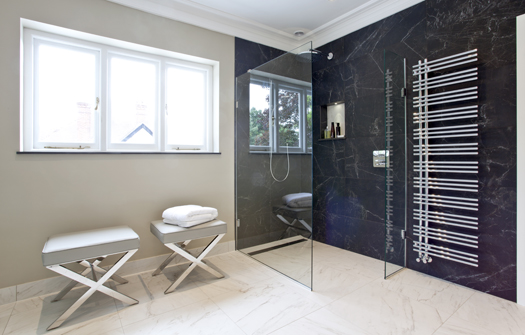 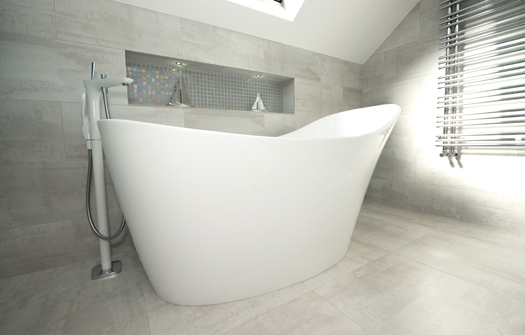